Not long after putting my RasPi wifi rig in the coach I started noticing some shortfalls and I quickly knew that I would have to Enhance the Rasberry Pi Wireless Interface.  Network dropping out, slow speeds, and random reboots to name a few.  Now I work from home and I am in the telecommunications industry so my data resources are rather important.  That being said the issues were serious enough that I had to find a solution.

After a lot of troubleshooting and pouring over log files I came to the conclusion that the issue was with the on-board Wireless NIC.  There was no over usage of resources and the overall machine is pretty quick running NEWBS.

From the eth interface running a speedtest, with a handy CLI application called “speedtest-cli,” I was getting 20-25 MB down.  Anything connected to the access point was getting 1-5 MB (obviously this leaves a lot to be desired).  So I picked up a killer little USB Wifi adapter, the Netgear Nighthawk.

Once I got it unpackaged and plugged in (it comes with a cool dock as well) I noticed an exceptional lack of any lights flashing on the interface.   After running a quick lsusb I see that the RasPi is not even recognizing the mfg info.  It did not take me long from there to recall that historically RasPi’s have a very limited amount power to the USB ports. So I needed to get a powered USB hub.

At the time I really had a difficult time finding one and ended up spending an hour just to get to a Fry’s Electronics.  Amazon to the rescue as usual though I wish I had bought this here.

From there you will have to determine if you want to rename your NIC’s or just reconfigure the other applications (iptables, dhcpd, hostapd, dnsmasq, etc).  I opted for reconfiguring the applications, mainly because renaming the interfaces was taking me way to far down a rabbit hole!

You can reflect back on the previous post for details on where you would have to change the iface name in the configuration files.

Once all was said and done I saw HUGE improvements (check out the speedtest below). The goal has been met we were able to greatly Enhance the Raspberry Pi Wireless Interface.  If you have any questions on this set up please comment below. 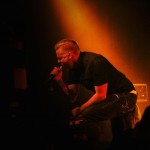 I love a good adventure and try to treat the world better today than I did yesterday. Check out what I am currently reading on goodreads. https://www.goodreads.com/adanic815

RV Smart is the new go-to for all things Smart and Efficient RV’ing; we are full-timers and newlyweds and not even close to 30 yet!

Sign up with us to keep up with all of the cutting-edge efficient RV’ing tricks and tips that we have learned and want to share with you!